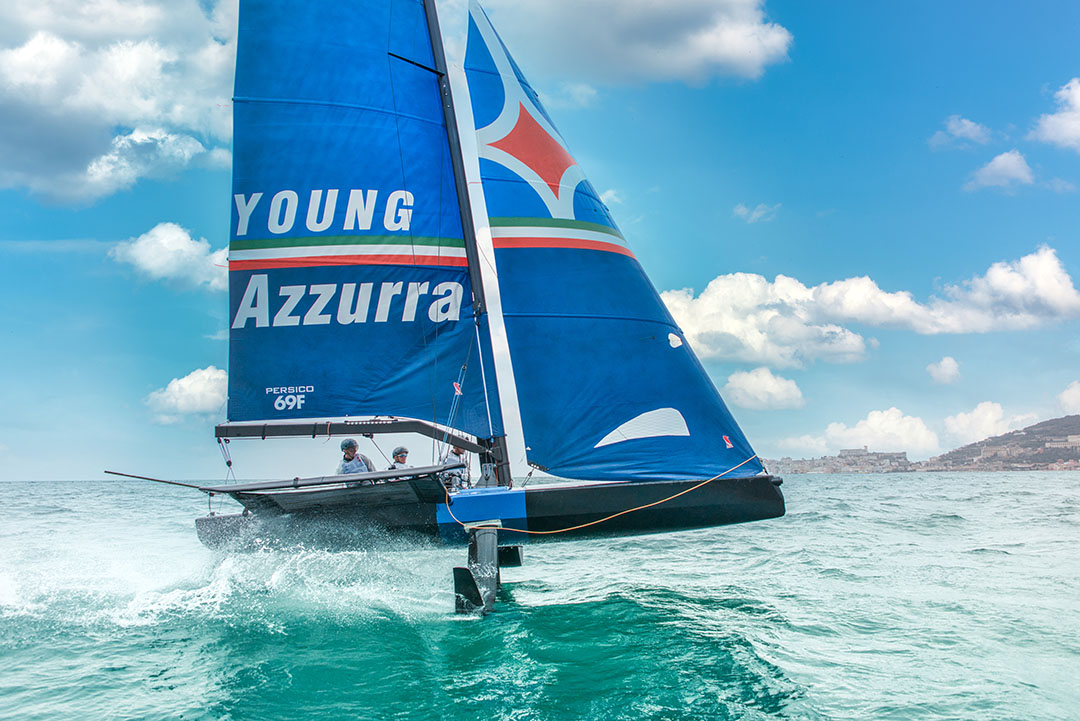 Young Azzurra is a sporting project launched in 2020 by the Yacht Club Costa Smeralda which focuses on emerging talents in Italian foiling.

As Ambassadors of One Ocean Foundation, the Young Azzurra crew, composed of young male and female sailors, promotes messages of sportsmanship and sustainability in important international and national competitions such as the Youth Foiling Gold Cup and the Persico 69F Grand Prix circuit.

The YCCS crew is composed of skipper Ettore Botticini, flight controller Federico Colaninno, the two mainsail trimmers who alternate on board, Francesca Bergamo and Erica Ratti, and is coached by Enrico Zennaro.

“When we launched Young Azzurra we did so with the certainty that foiling would be an important part of the future of sailing. Our primary objective is to offer concrete opportunities to talented young sailors who can then contribute to the development of this type of high performance sailing.” commented Michael Illbruck, Commodore of the Yacht Club Costa Smeralda
No items found.
Back to Ambassadors