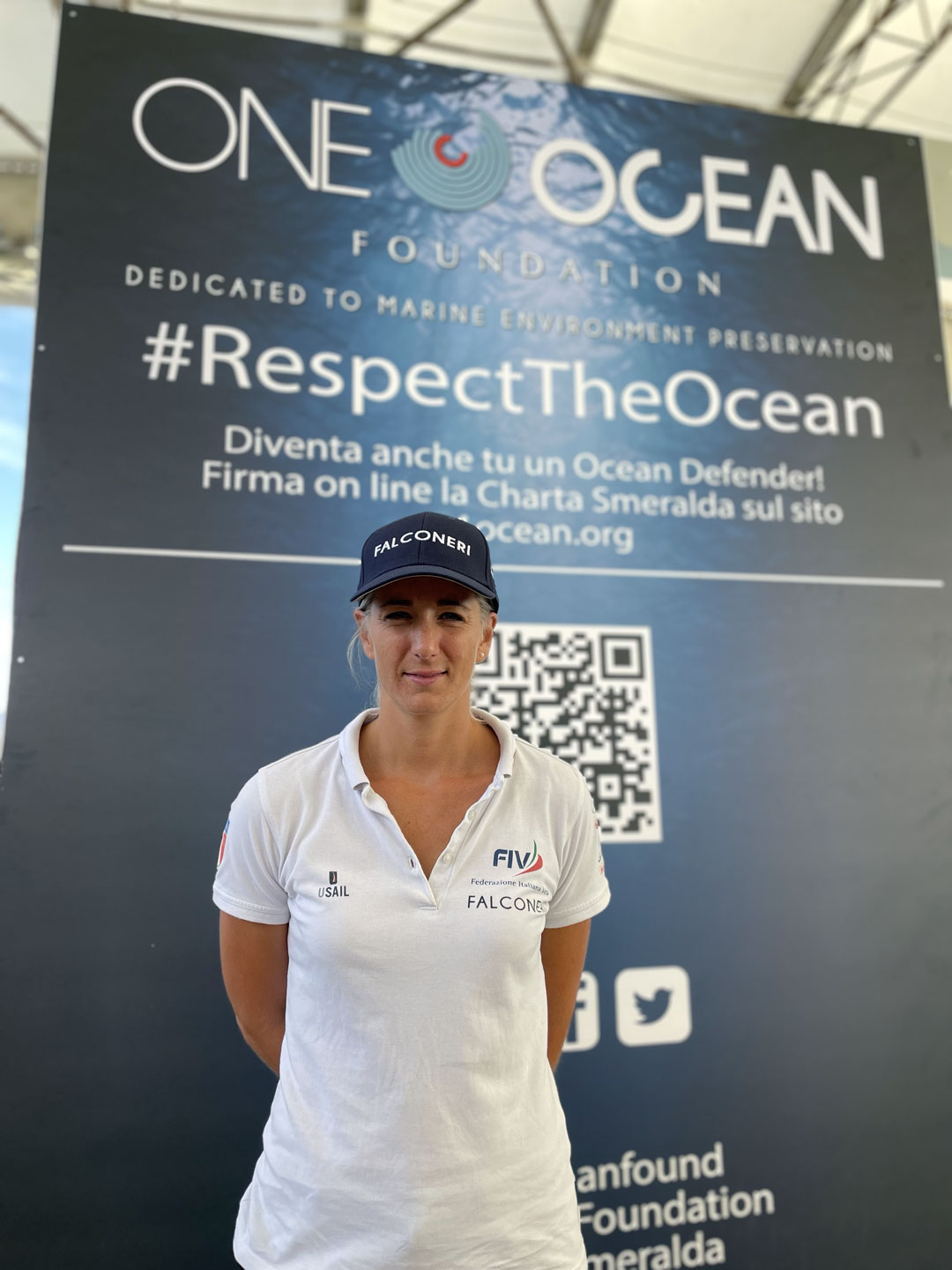 Ambassador of One Ocean Foundation

The bowman of the mixed class Nacra 17, foil catamaran who won a historic gold medal in sailing at the Tokyo Games 2020 with Ruggero Tita, has chosen to join the One Ocean Foundation to offer her contribution to the protection of the sea. Caterina Banti also won a world title and three Europeans in the same class, always in crew with Ruggero Tita. Three times the two have also been awarded the Sailor of the Year Award promoted by the Italian Sailing Federation.

Caterina made her debut in her new role as ambassador at the recently concluded Genoa Boat Show. On the occasion of the next Barcolana, she will be in Trieste from 8 to 10 October with the FIV to meet the many young people who are inspired by her and help spread the mission of One Ocean Foundation and the Charta Smeralda.

“The sea teaches freedom and respect – she declared – and is fundamental for life on our planet. Today, its ecosystems are in danger because of man, it is an absolute obligation to safeguard it for the life of all of us and of the younger generations ”.
No items found.
Back to Ambassadors