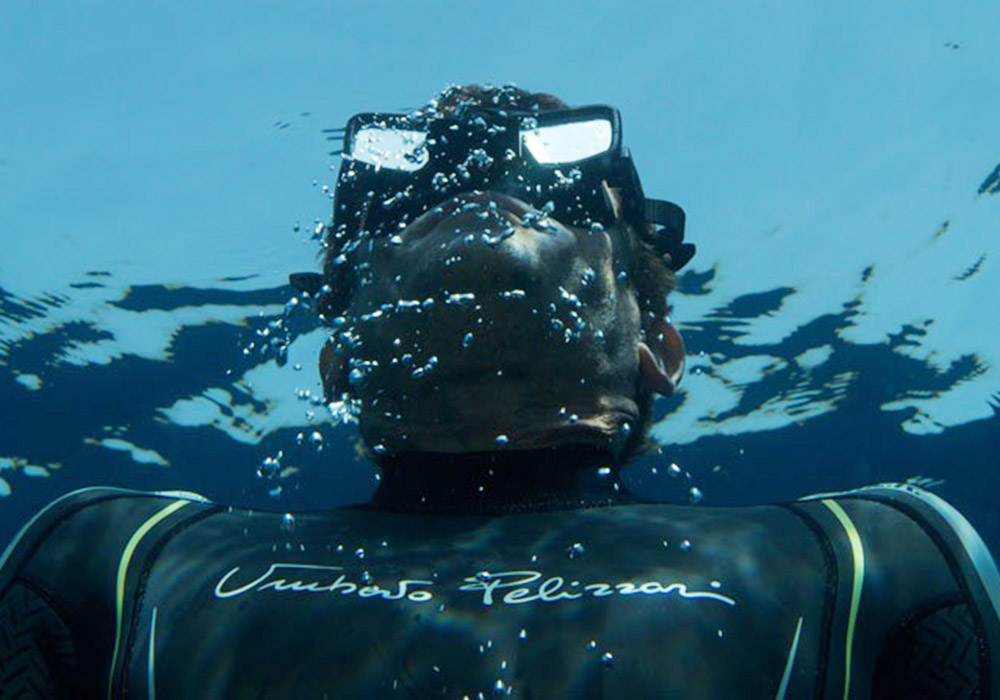 A freediver descends to look inside himself

Pelizzari is one of the most famous freedivers in the world. His history of setting new records has made history. From 1990 to 2001 he conquered and re-conquered all of the freediving world records. Outside of competition he went down to -150 meters in No Limits.

In 2000 a film called Ocean Men, told his story in parallel with that of Francisco Ferreras, his eternal rival. Today Umberto Pelizzari works as a journalist and television reporter for programs on science and the marine environment, and is a professor of underwater and hyperbaric medicine at the Scuola Normale University in Pisa and the University of Trapani. Since March 2020 he has been an ambassador for the One Ocean Foundation.

His mantra: “a freediver descends to look inside himself” is more topical than ever if we think about how we now need to look inward to review our relationship with ourselves and nature, in a decade where we are all holding our breath on the great theme of sustainability.
No items found.
Back to Ambassadors