>
OCEAN TALES
>
Curiosities
All there is to know about Nudibranchs 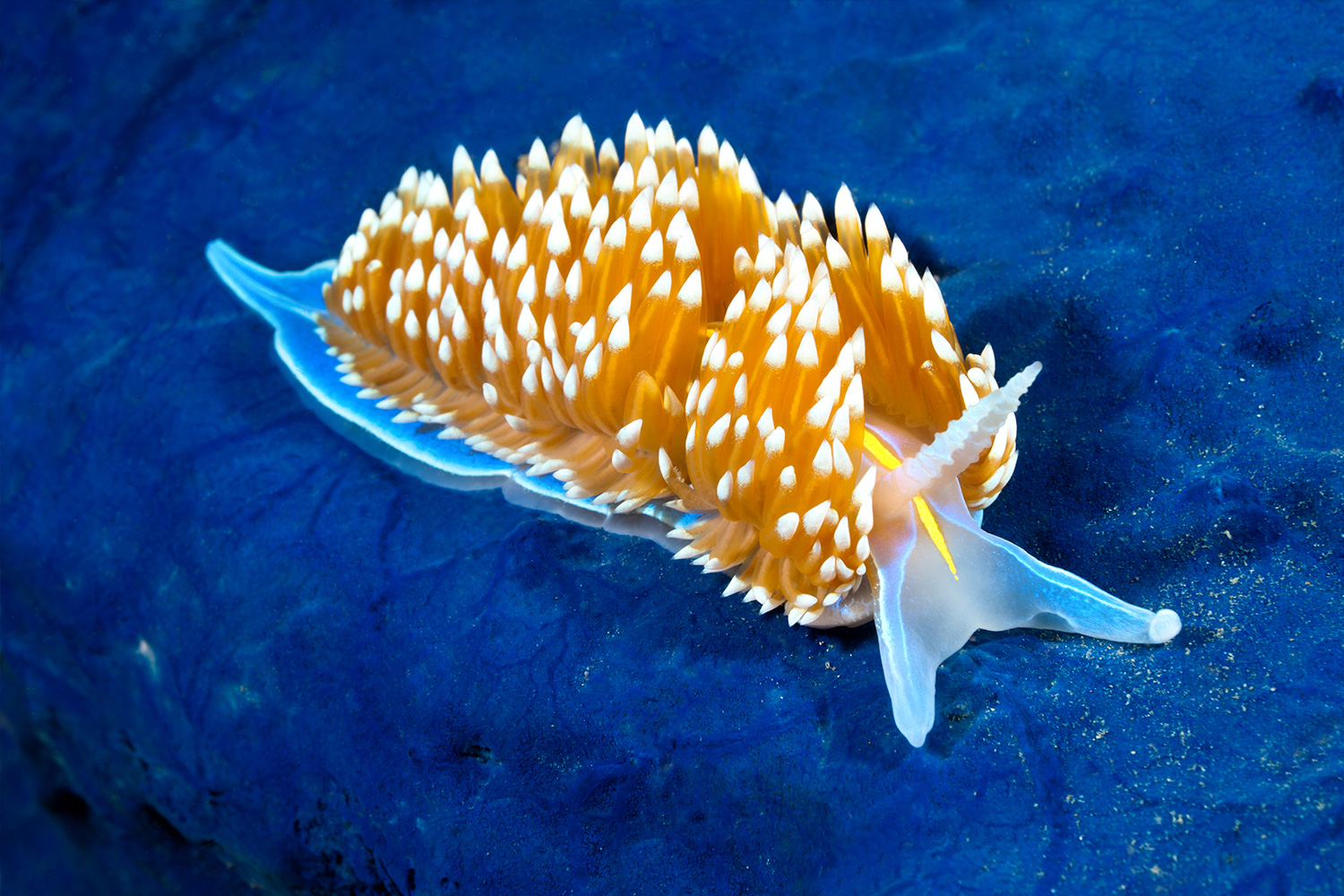 These marine gastropods that are certainly one of the most interesting and diverse creatures yet to be discovered on planet Earth.

Nudibranchs are marine molluscs with extraordinarily colourful, soft and flexible bodies. Unlike other molluscs they lack a shell in their adult form. Their name comes from "naked gills" as their gills are exposed. Sense receptors are present in the rhinophores on their head allowing them to detect food and sense other nudibranchs. Nudibranchs are hermaphrodites, which is convenient since they are slow and rarely meet other individuals.

Among the 3000 species of nudibranchs that live in our seas, there is one capable of photosynthesizing. This small sea organism was discovered in Japan in 1993 and was named Costasiella kuroshimae, commonly referred to as “leaf sheep”, due to its sheep-like appearance.