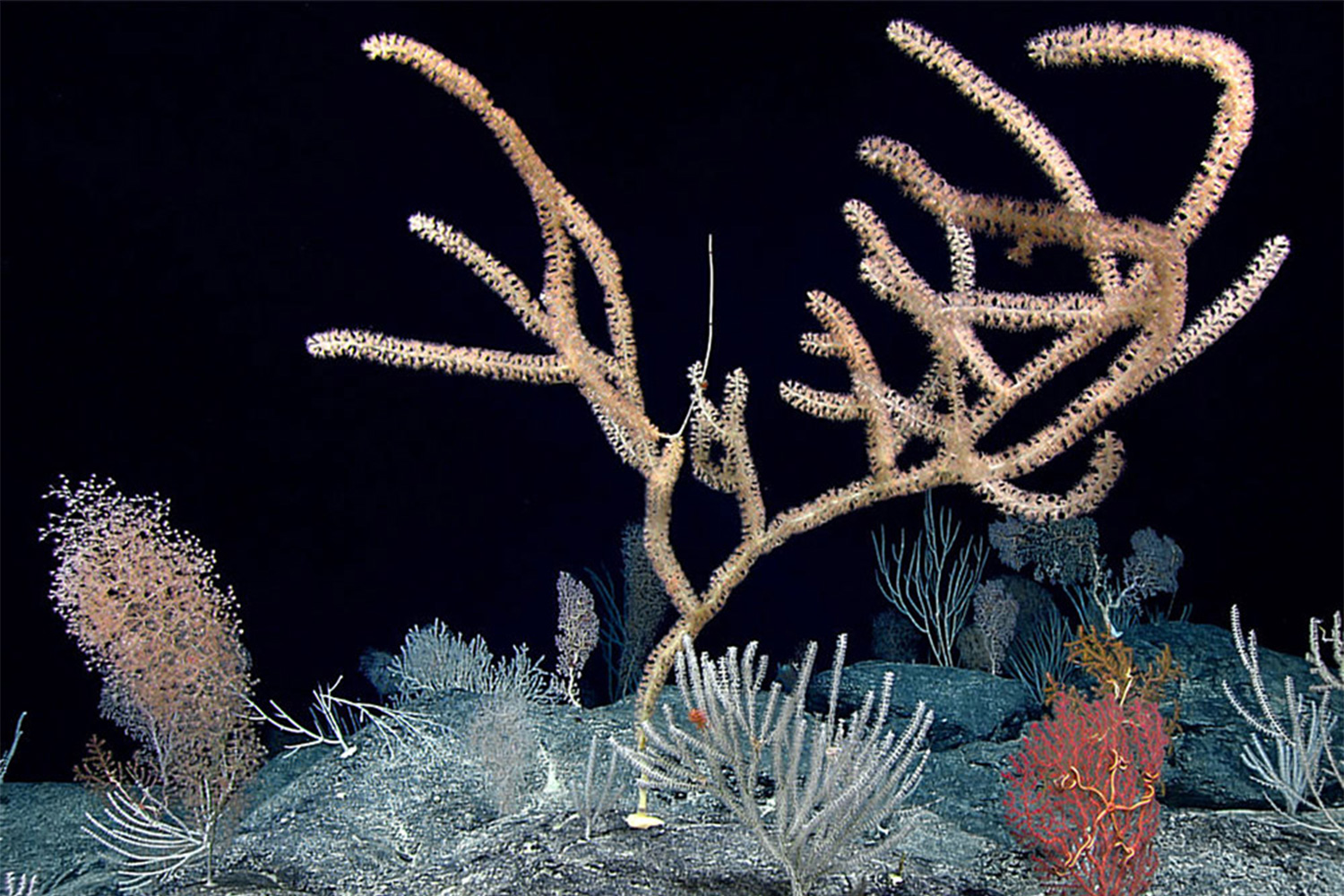 ‘Secret rainforests’ have been discovered deep in our oceans
Deep-water corals in high seas waters of the North Pacific, on Debussy Seamount at a depth of 2044 m From NOAA’s Office of Ocean Exploration and Research

Mention coral reefs and we all tend to think of underwater forests just beyond the surf. But if you could venture further out into the deep oceans, you would find another type of coral reef – hundreds of metres below the surface. A new study has identified 116 deepsea coral reefs which scientists say are every bit as much in need of protection as the coastal reefs visited by snorkelers every year. They lie between 200 and 1,200 metres deep in waters where no single nation has jurisdiction.

The value of coral reefs in the marine ecosystem has long been recognized. Although they cover just 0.1% of the seafloor, they provide a home for a quarter of all marine life. Scientists warn that climate change could kill all of them by 2100 unless action is taken.

Rainforests of the sea

Unlike coastal coral reefs, the deepsea corals have evolved to live below the photic zone, the uppermost part of the sea where light penetrates. While 845 reef building coral species live in the photic zone, only six species are known to form deep water reefs.

Now the first comprehensive survey of deep sea coral reefs has been published, pinpointing the location of some of them. And there are probably many more high seas reefs yet to be discovered, says co-author Daniel Wagner, writing in the journal Science.

Describing coral reefs as “the rainforests of the seas”, Wagner points out that high-seas reefs “are some of the most under-surveyed of all ocean ecosystems”, adding that because they are not protected by the laws of any country, “they are among the most vulnerable and potentially overexploited reefs on Earth”.

In international law, the high seas belong to no one and everyone, which makes it hard to organize conservation efforts. So these deepsea reefs, which are just as important for marine biodiversity as their coastal cousins, are hard to protect.

A handful of them lie more than two kilometres below the surface and can only be visited by specialist submarines. Only one-fifth of deep water coral reefs have any form of protection from bottom fishing like trawling. None is protected from the effects of shipping.
Scientists have discovered that these deepsea corals like to grow on steep-sided seamounts, or underwater hills, and are found in the Pacific and Atlantic oceans, with a few in the Indian Ocean.
Last year, a group of experts in ocean science, policy, law and communications formed the Coral Reefs on the High Seas coalition to protect these deepsea reefs.

“Understanding and protecting high-seas coral reefs may be one of the most effective things we can do to secure ocean resilience and healthy fisheries for future generations,” the coalition says.

The coalition hopes to influence a United Nations intergovernmental conference that has been convened to draft a new international treaty on biodiversity of the high seas to protect the deep ocean from exploitation by harmful activities such as sub-sea mining. But progress on the new treaty has been stalled by the COVID-19 pandemic.