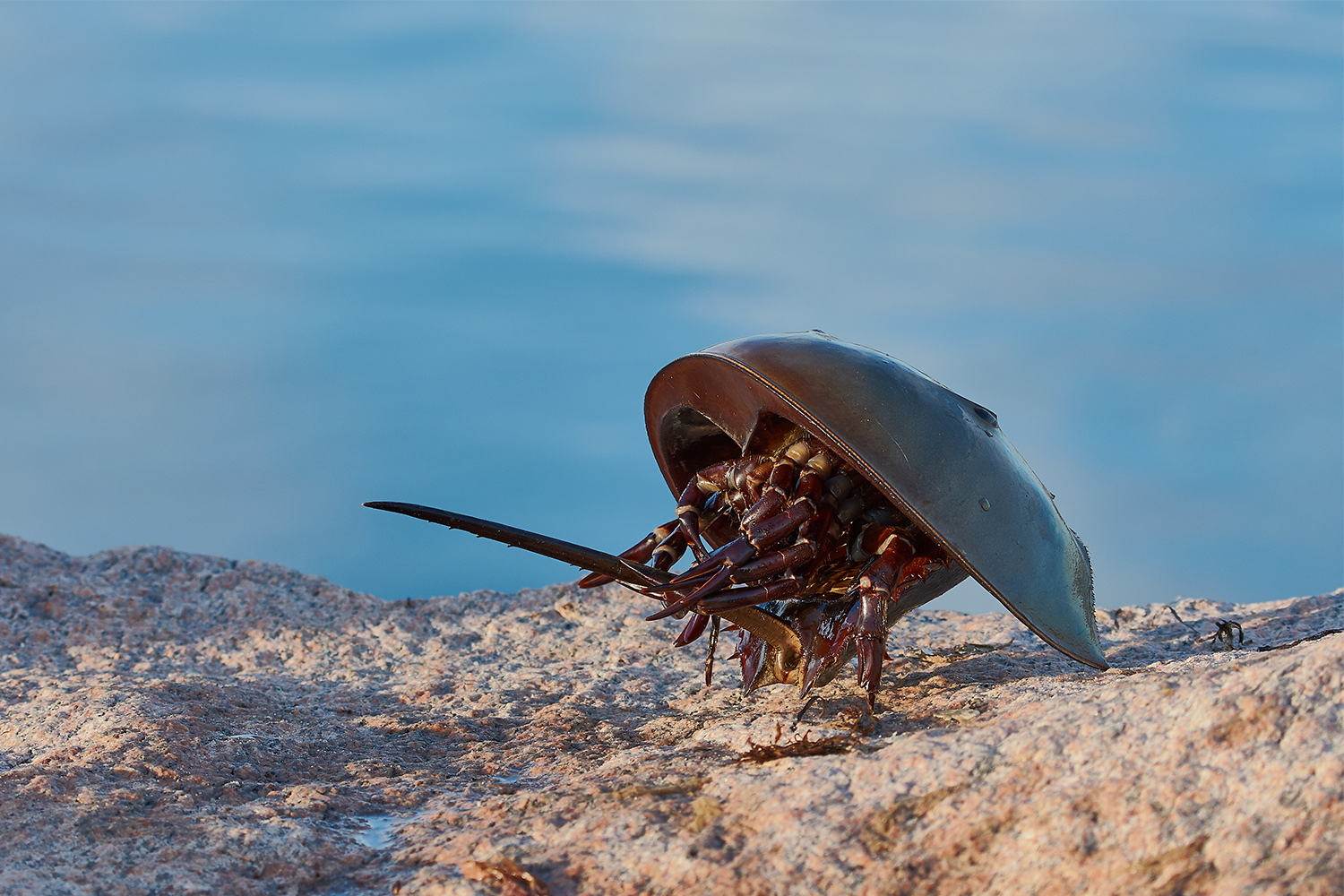 There is a species which possesses a blue blood that saved millions of people from infections.

This species is commonly known as the Atlantic horseshoe crab (Limulus polyphemus) and is part of the Limulidae family. They are fascinating and bizarre creatures, with 5 pairs of eyes and with blue blood, given by the presence of copper in hemocyanin, their alternative to hemoglobin. Their blood has been used since the 1970s to test the sterility of medical equipment, surgical instruments, and intravenous drugs since the blood clots in the presence of bacteria. Their blood is very valuable; a liter of blood has a price tag of 15.000 dollars.

The bacterial contamination test derived from his blood has saved the lives of countless people who would otherwise have died from infections. An average of 600,000 horseshoe crabs are harvested each year for medical supplies and to avoid killing the animal only 30% of the blood is taken before being released into the sea. Unfortunately, 10-30% still die after release. Horse horses are also threatened by various anthropogenic pressures. They are commonly eaten in Asia and parts of the United States where their eggs are considered a delicacy.