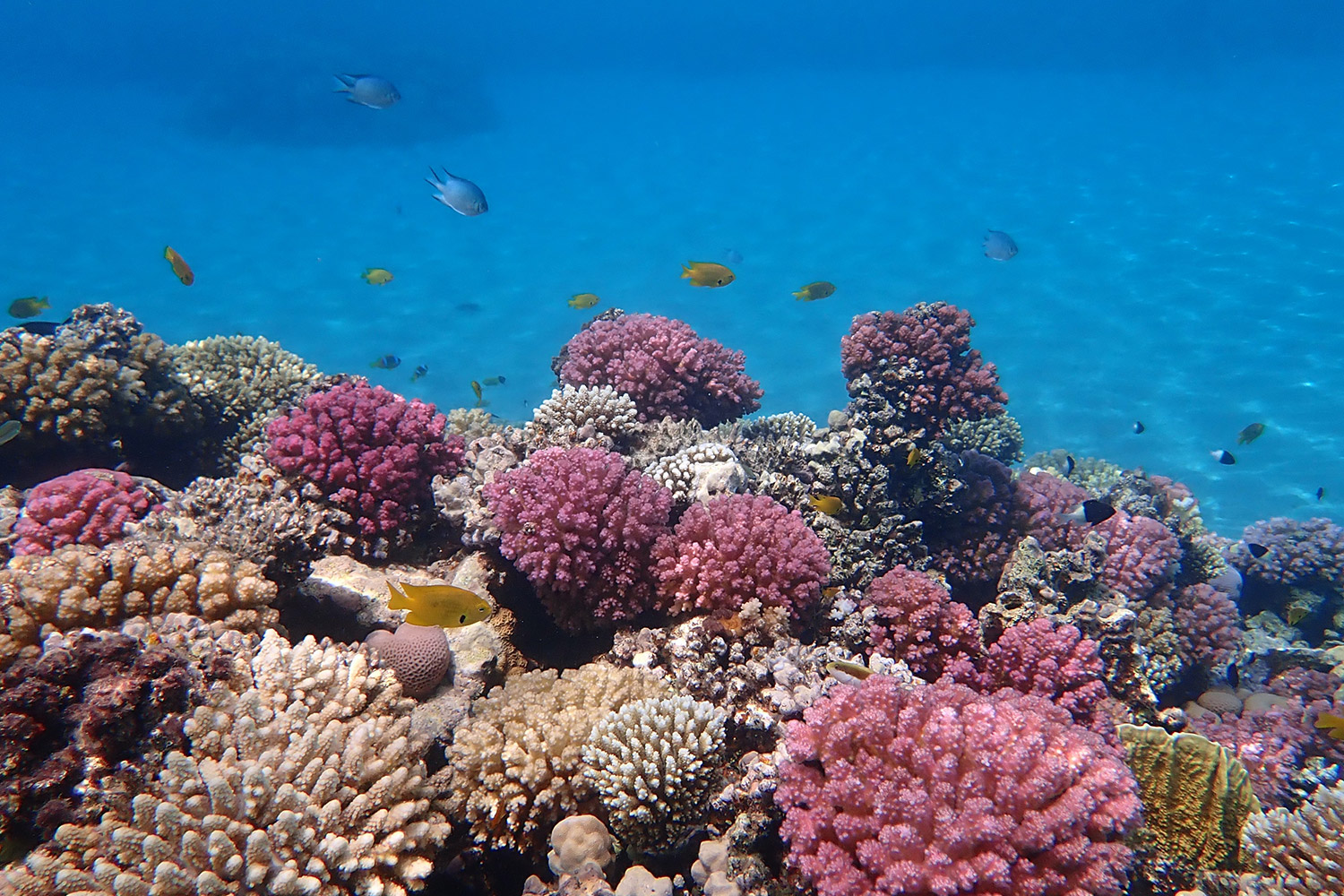 When CO2 is absorbed by seawater, a series of chemical reactions occur resulting in the increased concentration of hydrogen ions. Seawater that has more hydrogen ions is more acidic, and it also has a lower pH. Many chemical reactions, including those that are essential for life, are sensitive to small changes in pH. The building of skeletons in marine creatures is particularly sensitive to acidity. As ocean acidification increases, for instance, shells and skeletons of many ocean organisms can dissolve. Reef-building corals craft their own homes from calcium carbonate, forming complex reefs that house the coral animals themselves and provide habitat for many other organisms. Acidification limit coral growth by corroding pre-existing coral skeletons while simultaneously slowing the growth of new ones, and the weaker reefs that result will be more vulnerable to erosion.

Generally, shelled animals—including mussels, clams, urchins and starfish—are going to have trouble building their shells in more acidic water, just like the corals. Changes in ocean chemistry can affect fish as well: many of the chemical reactions that take place in its body can be altered and just a small change in pH can make a huge difference in survival. The ability to adapt to higher acidity will vary from fish species to fish species, and what qualities will help or hurt a given fish species is unknown. A shift in dominant fish species could have major impacts on the food web and on human fisheries.