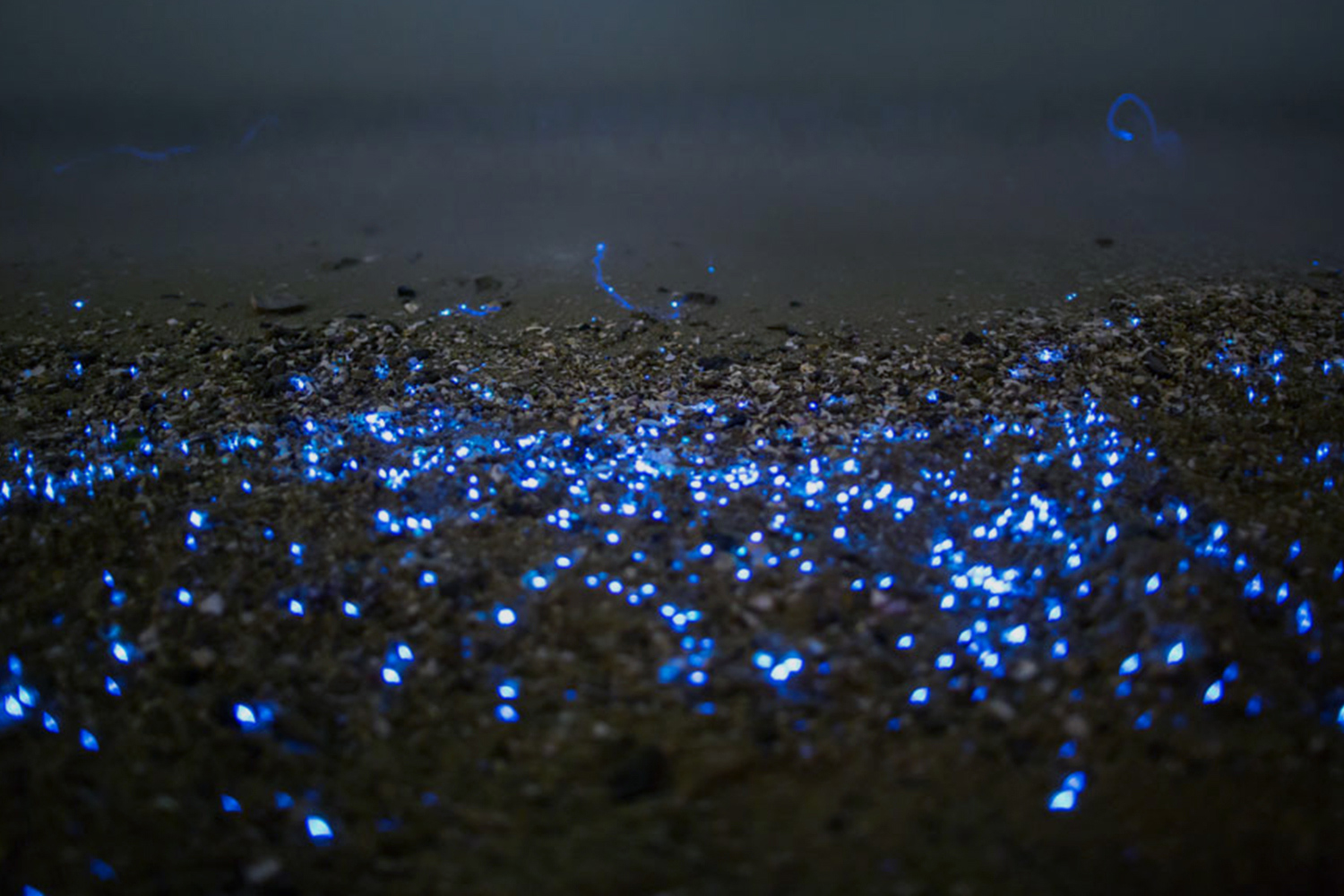 A more acidic ocean could alter the bioluminescence of some species.

A scientific report presented at the virtual annual meeting of the Society for Integrative and Comparative Biology revealed that as the pH of the ocean decreases as a result of climate change, some bioluminescent organisms might get brighter, while others might be negatively affected by a diminish in their light emission. Changes in pH could have unpredictable effects on creatures’ ability to glow and if the CO2 emissions continue as they are, average ocean pH is expected to drop from 8.1 to 7.7 by 2100.

To find out how bioluminescence might be affected by that decrease, sensory biologist Tom Iwanicki and colleagues at the University of Hawaii at Manoa gathered 49 studies on bioluminescence across nine different phyla. The team then analyzed data from those studies to see how the brightness of the creatures’ bioluminescent compounds varied at pH levels from 8.1 to 7.7 As pH drops, the bioluminescent chemicals in some species such as the sea firefly (Vargula hilgendorfii), have modest increases of about 20%, while some species, like the firefly squid (Watasenia scintillans), actually appear to have a 70% decrease in light production.

A significant alteration in the luminescence in some cases could lead to a selective advantage, as for the sea firely, that uses glowing trails to attract mates, but for other species such as the firefly squid, a decrease in its luminescence could lead to unpredictable negative effects in its communication tactics.