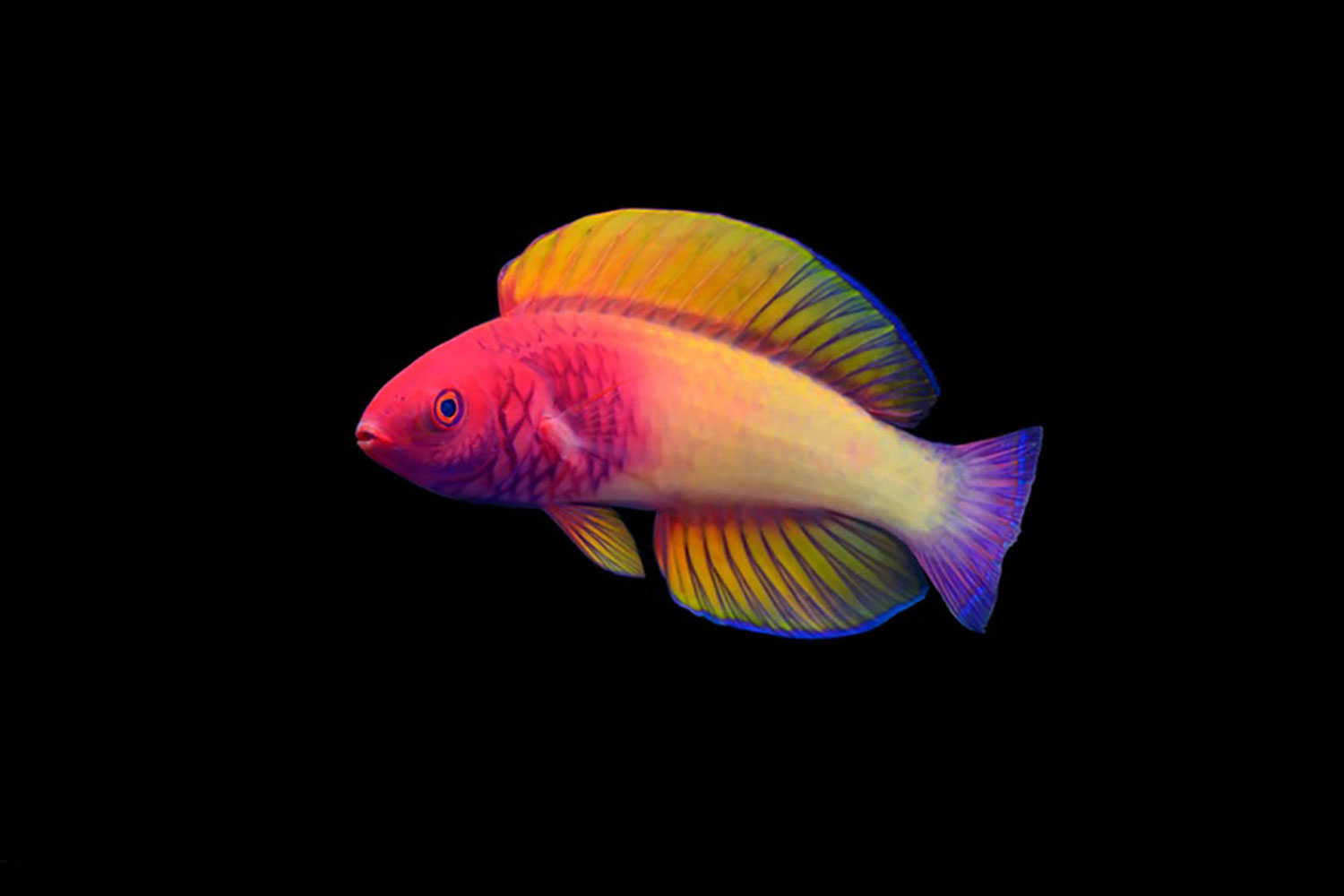 After being misidentified as a closely related species, finally researchers confirmed the discovery of a stunning multicolored wrasse in the Maldives. This rainbow-colored fish, which has been named the rose-veiled fairy wrasse (Cirrhilabrus finifenmaa), lives among unusually deep coral reefs known as “twilight reefs”, which grow much deeper than most tropical coral reefs — between 30-149 m below the ocean’s surface.

The rose-veiled fairy wrasse has been mistaken for long time for the red velvet fairy wrasse (Cirrhilabrus rubrisquamis), which is found across the western Indian Ocean. Indeed, the females of these species were quite similar, but not the males. Their scales featured more orange and yellow hues. The researchers also found that the new described species has a different number of scales in certain body regions and taller dorsal spines than its look-alike cousin. Finally, DNA analysis confirmed that these two species were genetically distinct.