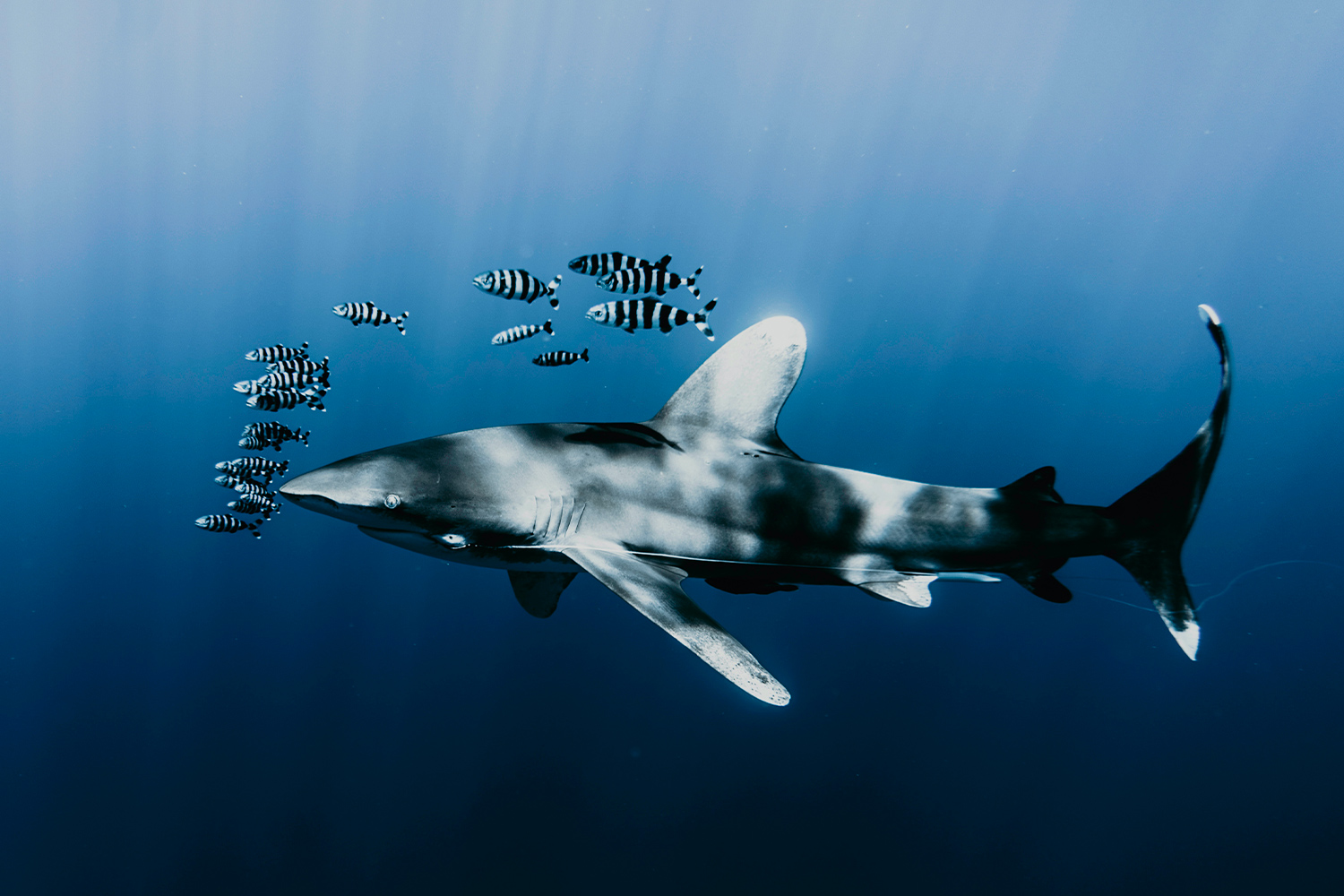 To this day, global shark and ray populations have declined by over 70% in just 50 years. The major cause of sharks’ decline is legal and illegal overfishing. Sharks’ biological characteristics such as slow growth and low reproductive rates are making them unable to keep up with the current fishing pressures.

The disappearance of sharks has now become a global problem. There are approximately 1000 known species of sharks and rays, and new ones are discovered every year. Due to the recent drop in their numbers, some species may go extinct before they are even discovered. Shark species have been dominating the oceans for over 450 million years. their disappearance would lead to an increase in medium and small fish which would deplete corals, and algae, the main source of oceanic oxygen.

On land we can see if a species is rapidly declining, in the oceans this is more complicated, we think marine resources are infinite, but are not. We have crossed the line of sustainability. Sharks are disappearing at alarming rates and misconceptions on these creatures are hindering their conservation.