>
OCEAN TALES
>
Curiosities
Why do corals glow even in the depths of the sea? 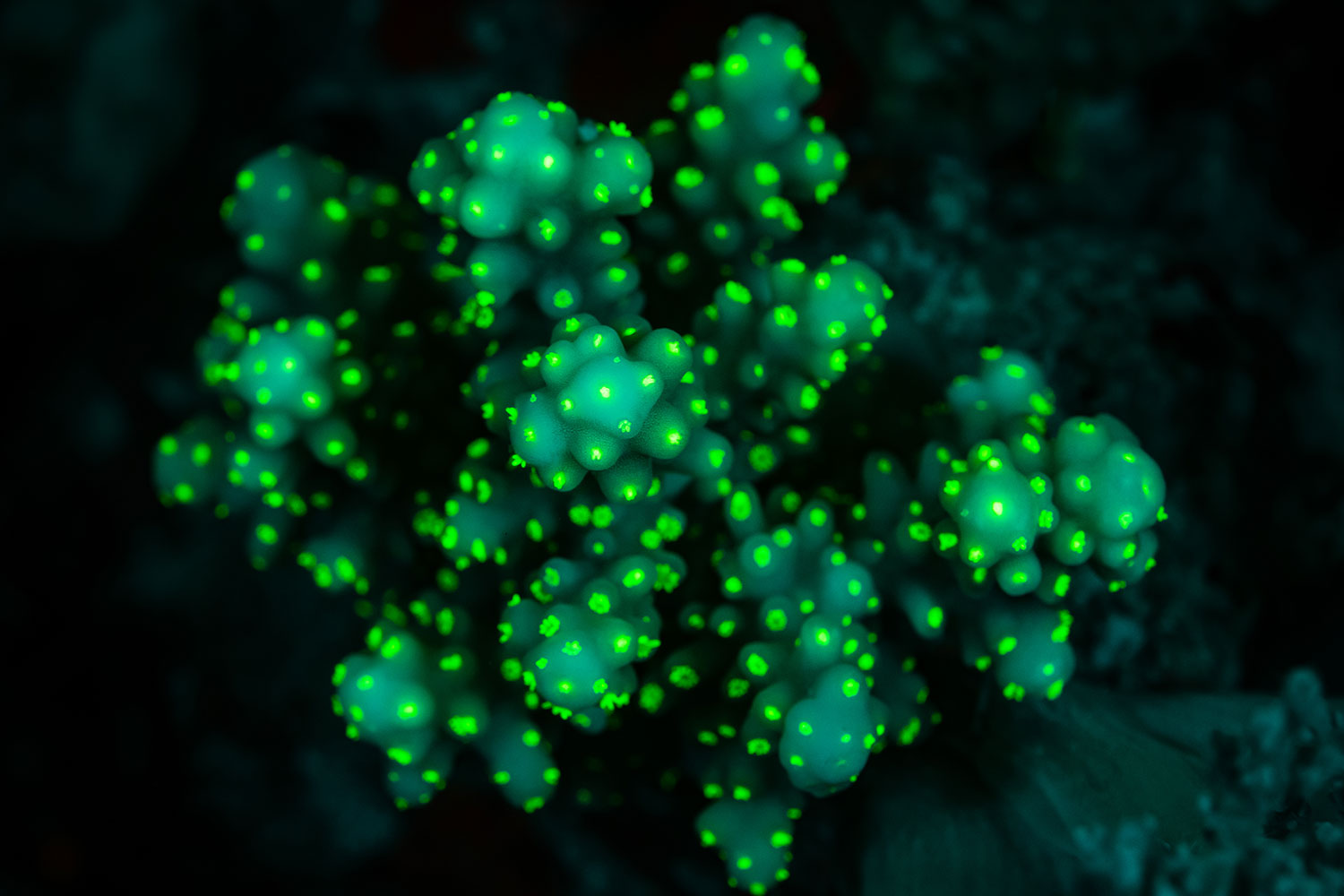 Corals use light-traps to attract their preys

A new study reveals that the phenomenon in deep reefs in which corals display glowing colors (fluorescence) is intended to serve as a mechanism for attracting prey. The study shows that the marine animals on which corals prey recognize the fluorescent colors and are attracted to them.

Many corals display a fluorescent color pattern that highlights their mouths or tentacle tips, a fact that supports the idea that fluorescence, like bioluminescence (the production of light by a chemical reaction), acts as a mechanism to attract prey. The study proves that the glowing and colorful appearance of corals can act as a lure to attract swimming plankton to ground-dwelling predators, such as corals, and especially in habitats where corals require other energy sources in addition or as a substitute for photosynthesis