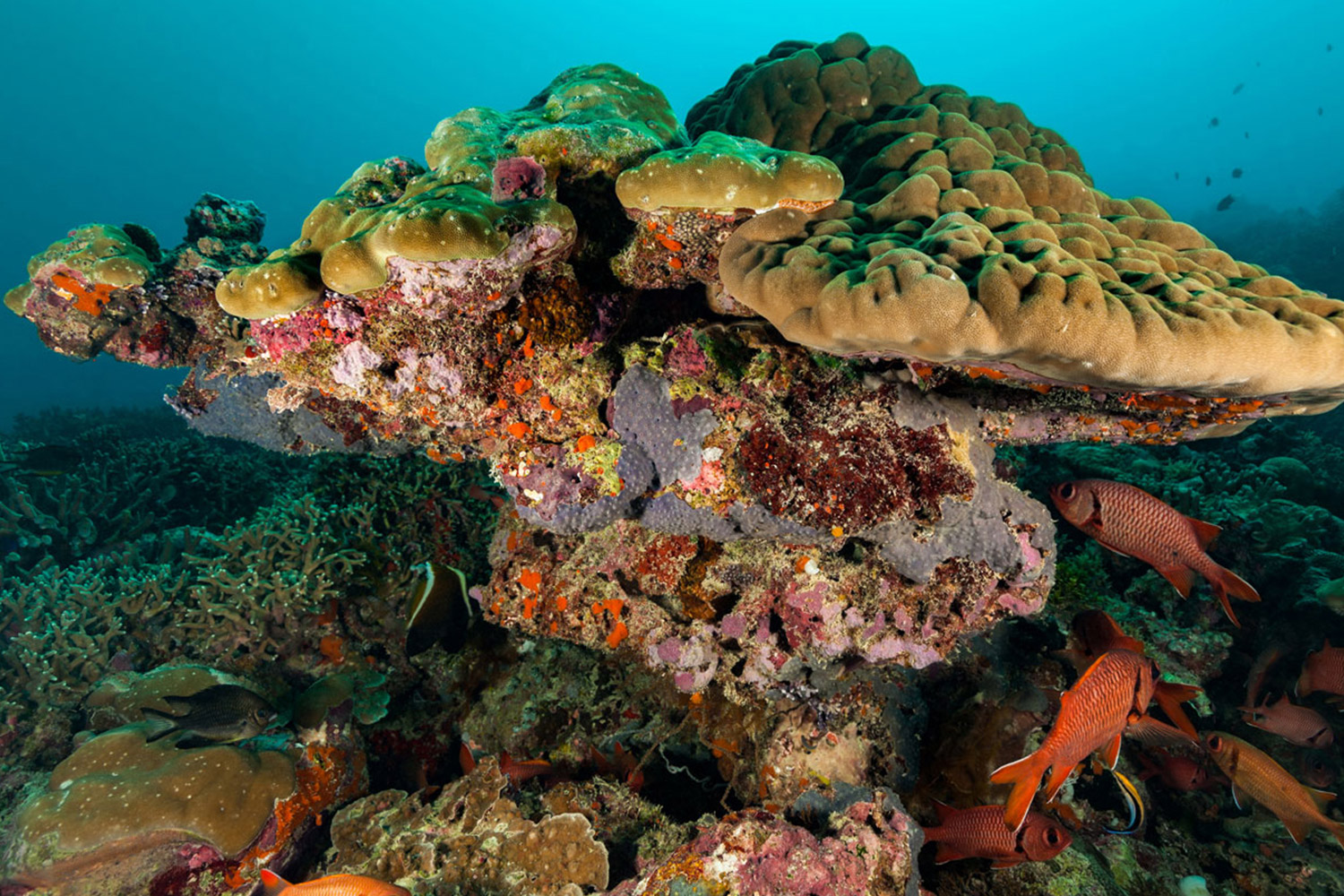 Scientists estimate that worldwide, corals may trap up to 3 percent of all microplastics every year

Coral reefs are typically found near coasts where polluted waterways can drain to the sea, placing corals in potential microplastic hot spots. A study conducted by the Justus Liebig University Giessen in Germany exposed corals in the lab to microplastics to find out where the particles are stored inside corals and estimate how much is tucked away. Some of the corals observed consumed part of the trash while others grew their skeletons over the particles. After 18 months, most of the debris inside corals was in their skeletons rather than tissues.

After counting the number of trapped particles, the researchers estimate that between nearly 6 billion and 7 quadrillion microplastic particles may be permanently stored in corals worldwide annually. “We don’t know what consequences this storage might have for the coral organisms, or for reef stability and integrity,” says ecologist Jessica Reichert “It might pose an additional threat to coral reefs worldwide.”