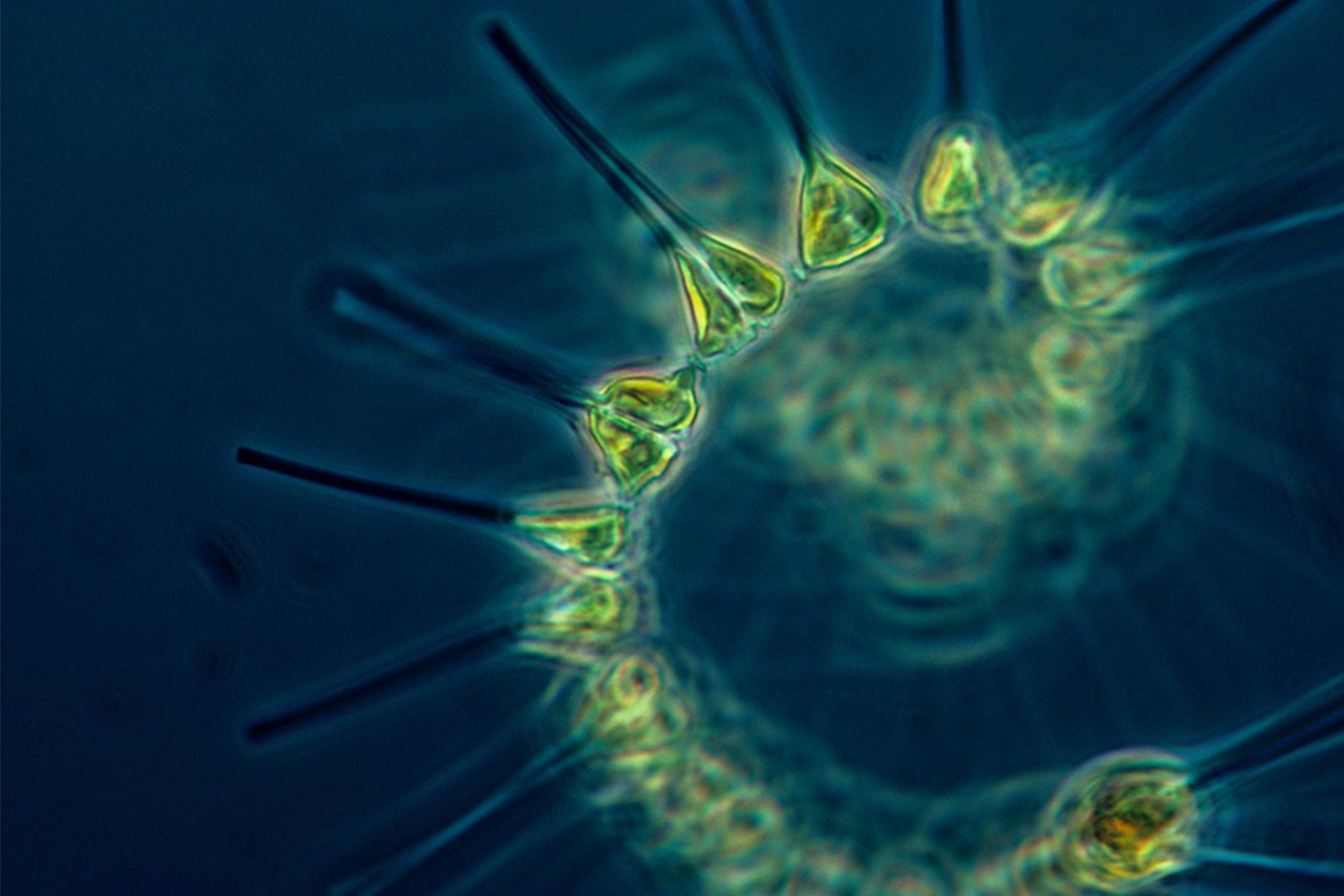 The role of phytoplankton

Marine microorganisms certainly play the most disproportionate role in the primary production of oxygen, even though they make up less than 1% of global biomass.
Approximately every second breath you take is produced by marine phytoplankton. These microscopic photosynthetic organisms live in the water column and use sunlight, carbon dioxide and nutrients to grow biomass and produce oxygen.

Some phytoplankton are also able to engage in nitrogen fixation, making bioavailable forms of nitrogen like ammonium (NH4+) out of nitrogen gas (N2), that is a key limiting nutrient in this environment. They also constitute the base of the marine food web and are the most abundant organism in the ocean often on the order of millions of organisms per liter of seawater.