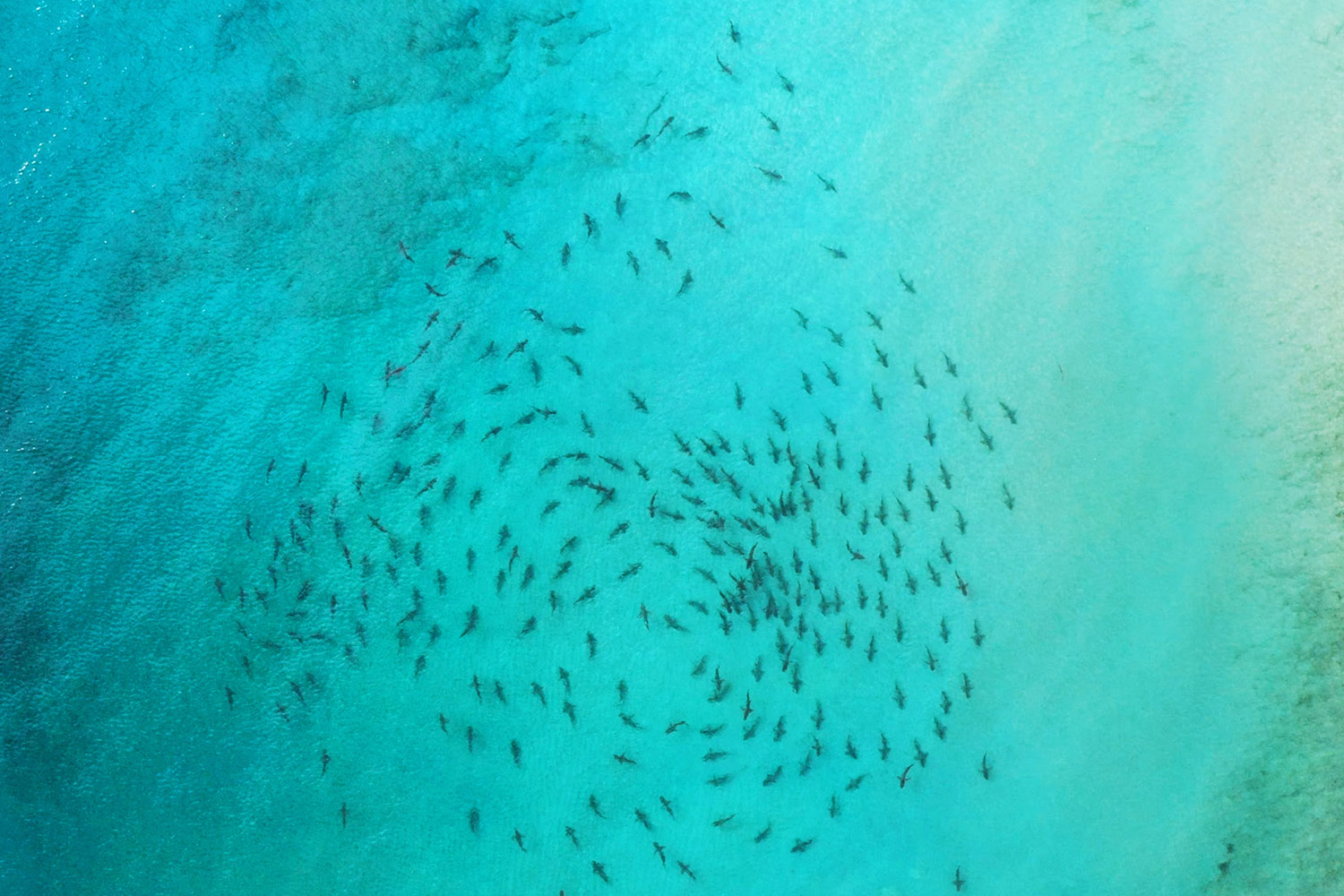 Each summer, thousands of people flock to the surf beaches of California and Australia, unaware that they are sharing the water with a high number of great withe sharks congregating offshore. These phenomenon as been confirmed using drone technology, which is transforming sharks reasearch by giving scientists a bird's-eye view of these animals inhabiting the world's cosats.

Drone observations can reveal more about sharks movements, feeding habits, social relationships and the animals' reactions to people in their habitat. Moreover, they represent an important tool to monitor beaches and increase public safety, by tracking shark activity and quicky decide weather to warn or not swimmers and surfers. Emily Spurgeon, a graduate student in the Shark Lab working with drones, says “all of our efforts are both about protecting the public and about raising awareness that people are sharing an important habitat with these baby white sharks.”