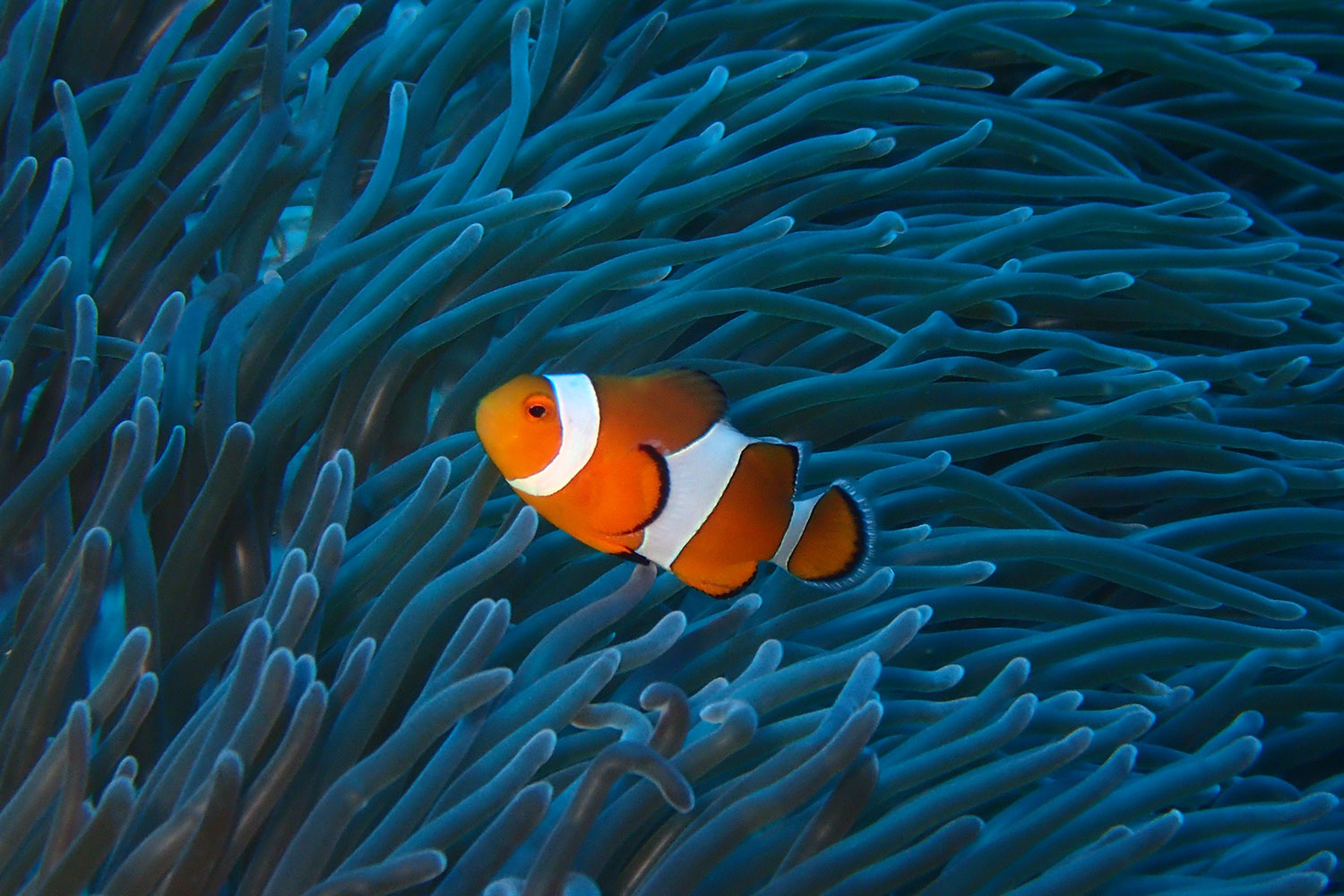 Some fish species may change sex based on reproductive advantages.

Many species of fish, especially those living in coral reef environment, are known as “sequential hermaphrodites”: they can switch sex permanently at a specific point in their lives, either from male to female (protandry) or from female to male (protogyny). What causes species to adopt this strategy? Most explanations involve some form of the size-advantage model: sex-reversal can be favoured when an individual can reproduce more effectively as one sex when small and the other sex when large. In the popular cartoon movie Finding Nemo, a male anemonefish loses his mate and must struggle alone to raise his offspring Nemo. In real life, Nemo’s father likely would have switched gender following his mate’s death and then paired with a male.

Anemonefish are protandrous, i.e. begin reproductive life as a male and later switch to female, as female fecundity increases dramatically with age and body size, whereas even small mature males can produce enough sperm to fertilize countless eggs. Protandry is common when the local breeding community typically consists of one dominant female and several smaller males and juveniles, and if the breeding female dies a male then transforms to take her place. Protogyny (from female to male) is favored when the reproductive output of males increases, as a function of size or age, faster than that of females. Male size advantage is especially likely when large males tend to monopolize matings, as for groupers where territorial or otherwise ruling males control reproductive access to females. Thus, protogyny is most frequently in fishes with haremic social systems, in which most of the mating events are instrumented by large, dominant males (sexual selection on males).