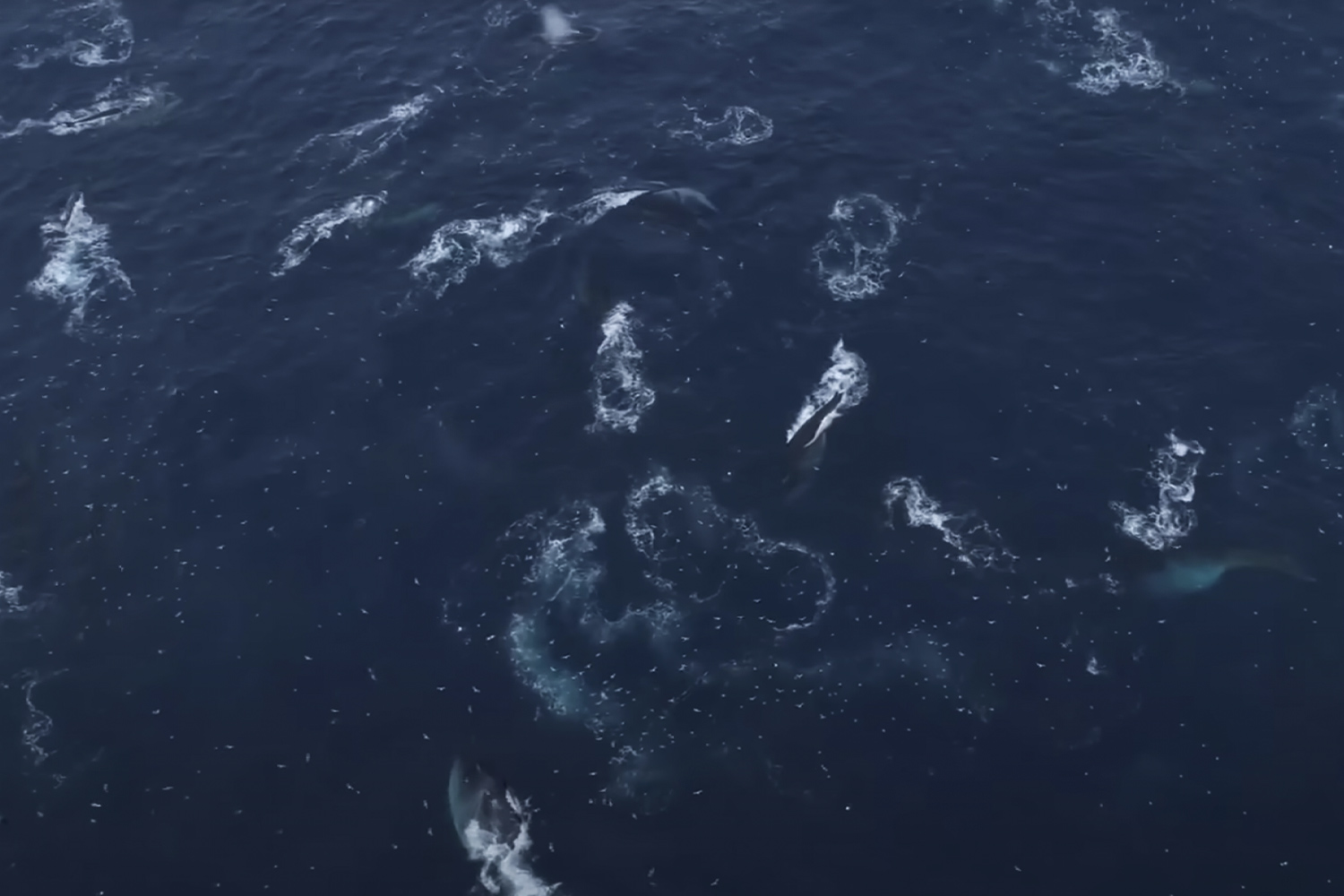 After being close to extintion, the increasing number of whales is a good sign for conservation and for the health of the ocean

A vast group of about 150 southern fin whales have been filmed feeding together in Antarctica, hailed by scientists as a sign of hope for the world’s second-biggest animal. These ocean giants could not evade industrial whaling causing them to be slaughtered to near-extinction during the 20th century as hunters systematically shattered populations of whales across the planet. “They were reduced to 1 or 2% of their original population size,” said Helena Herr, of the University of Hamburg, lead author of the research, published in the journal Scientific Reports.

“We’re talking about a couple of thousand animals left for the whole southern hemisphere area.” Drone footage, shot by wildlife filmmakers from the BBC, shows the fin whales swooping and lunging through the water, blasting great bursts of air as they surface, as birds wheel in the sky above them. In two previous expeditions in 2018 and 2019, researchers recorded about 100 different groups of whales ranging from few individuals up to few groups with 150 animals. However, since fin whales can live to around 70 or 80 years old when left alone and have just one calf at a time, Herr said the recovery of populations is a slow process. The increasing number of whales is a good sign for conservation and for the health of the ocean more generally – and even efforts to tackle climate change.