>
OCEAN TALES
>
Curiosities
The marine invasion of the Lionfish 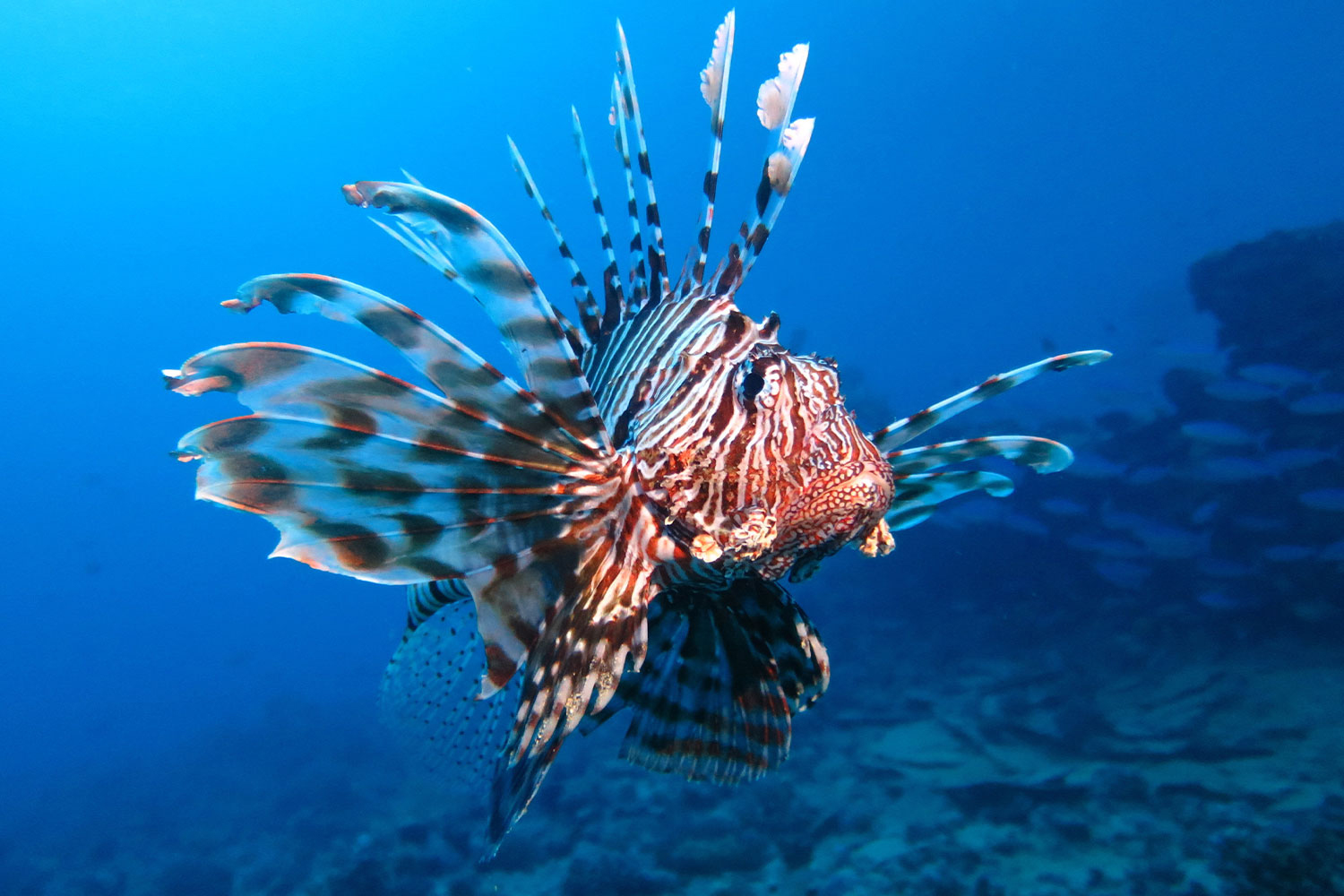 Ever since people began travelling in ships, they have inadvertently carried “pests” with them, including diseases, rats and, largely unnoticed, marine organisms. Marine invasions are not just historical. At any given moment some 10,000 different species are being transported between bio-geographic regions in ballast tanks alone. Fortunately, most of these potential invaders die or fail to establish, although some may become invasive.

Invasive species have been identified as one of the four greatest threats to marine and coastal ecosystems. Ecological impacts of invasive alien species range from reduction in individual survival of native species to population declines, local extinctions, changes in community composition, and effects on entire ecosystem processes and wider ecosystem function. Apart from their ecological impacts, marine and coastal invasive species also have a range of economic and human health consequences.