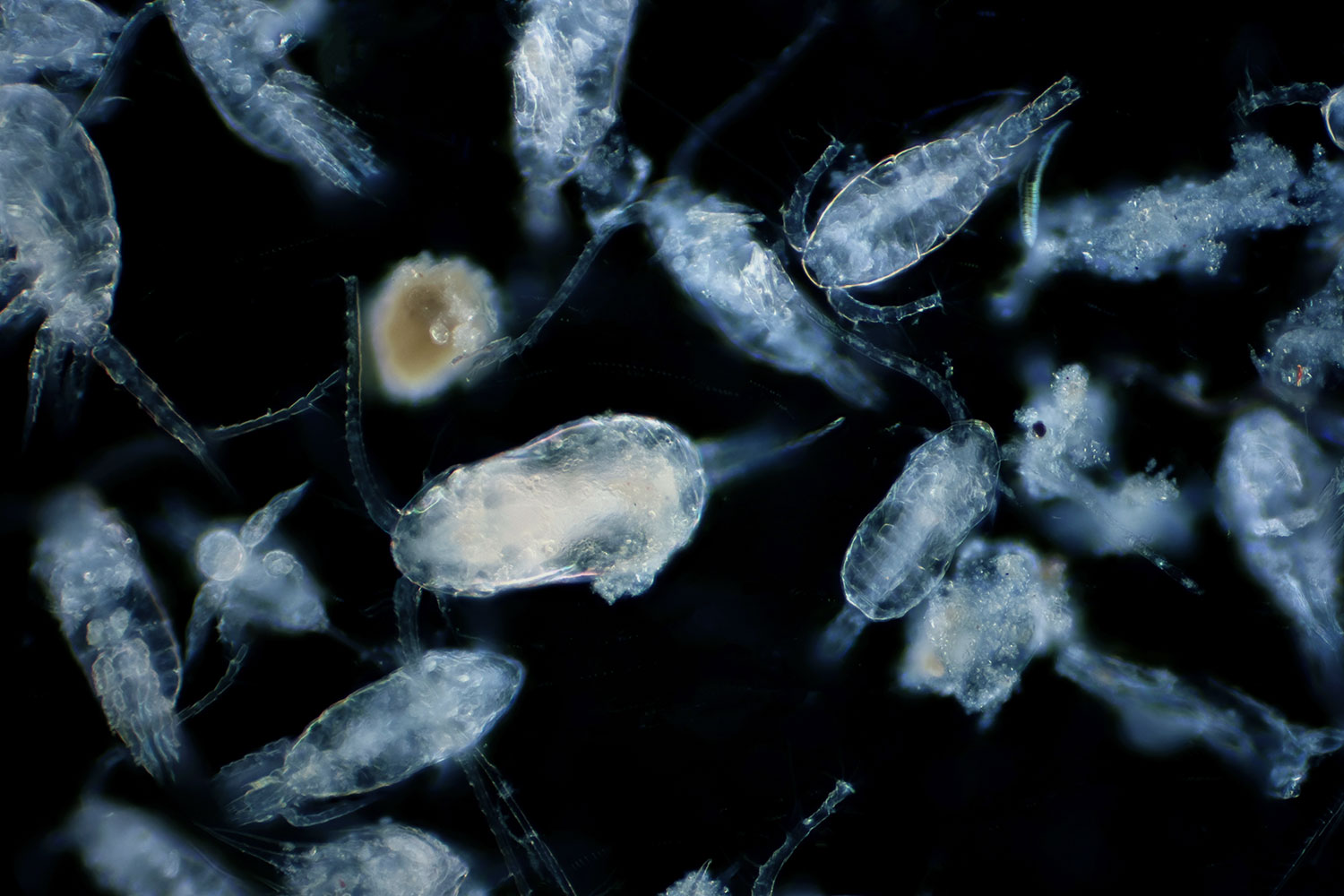 Zooplankton represents a key route in transferring contaminants entering the marine environment to top predators The marine zooplankton community includes many different species of animals, ranging in size from microscopic protozoans to animals of several meters in dimension. Some species spend their entire lives in the pelagic environment; while others are temporary members of the plankton and include the eggs and larval stages of many benthic invertebrates and fish. Zooplankton constitutes the largest ecological group of organisms in the sea and, even if regarded as a homogeneous constituent, it is composed by organisms which differ substantially from each other, not only in their taxonomy but also in body size, metabolic rates, and ecological roles.

From an ecological point of view, zooplankton plays an important role in regulating patterns and mechanisms through which matter, and energy are transferred from the base to the upper levels of food webs. It serves as a primary food source for fish, fish larvae, cephalopods and other zooplanktivorous organisms. Zooplankton organisms are also an important trophic link between primary producers (phytoplankton) and higher trophic levels, represents a key route in transferring contaminants entering the marine environment to the higher trophic levels, since it accumulates pollutants both from water and food.