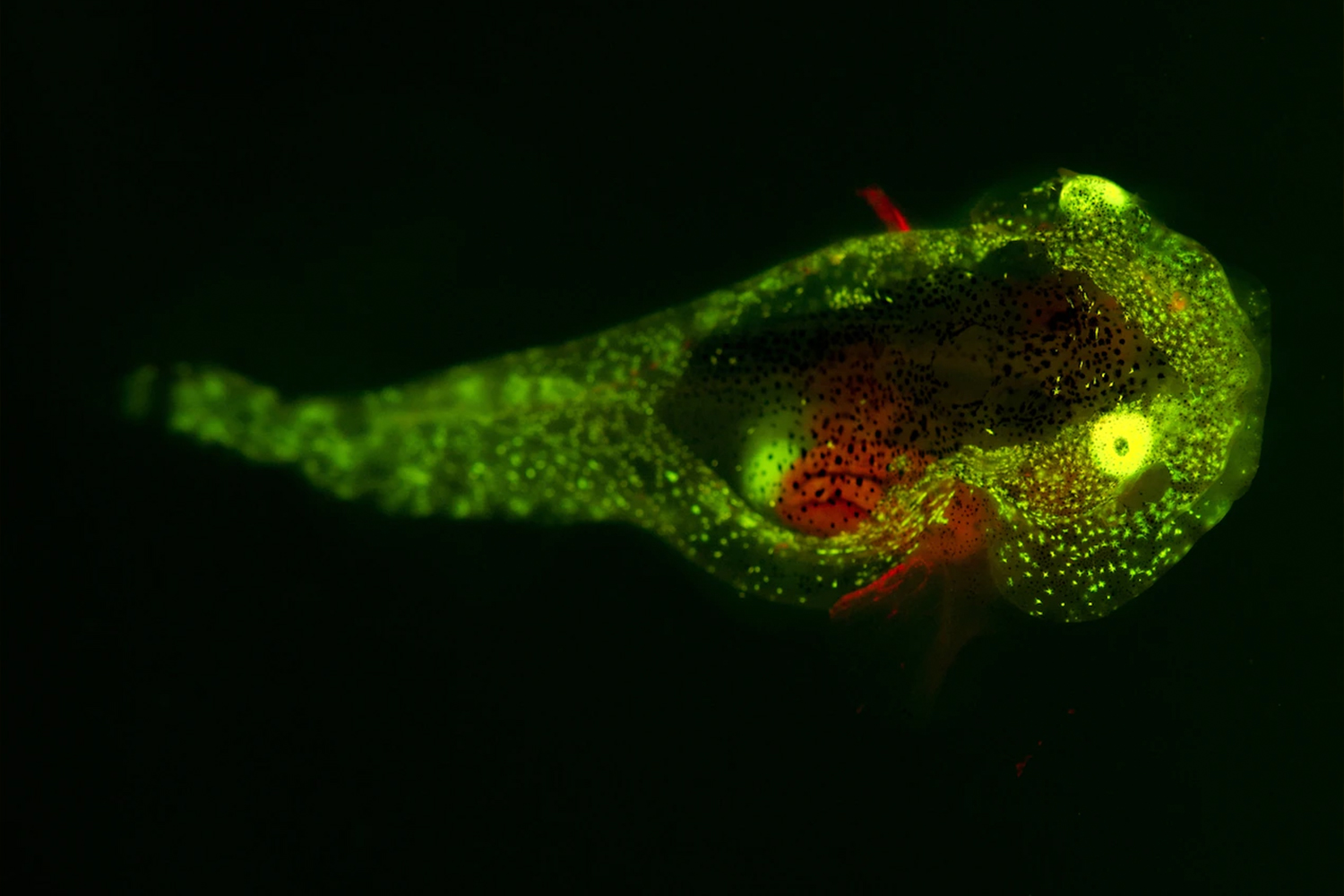 Some ocean animals make their own light to communicate, attract prey, or distract predators.

Over the past decade, scientists have found evidence for biofluorescence in more than 200 species of fish, including two species of catsharks, and marine turtles.

Biofluorescence is the absorption and reemission of light from living organisms. Fluorescent organisms have proteins built into their skin or other tissues that absorb energy from sunlight and reemit it as a different color.

With biofluorescence, blue wavelengths of light hit the surface of an animal and are then emitted as a different color, usually vivid greens, oranges, and reds. This is different from bioluminescence, where animals such as jellyfish or fireflies generate their own light through a chemical reaction.

Curiosities
Giant blue whales dance with the wind to find food
Researchers have revealed how these ocean giants find dense aggregations of food
Curiosities
Stingrays
Facts and curiosities on this mysterious marine creature
Curiosities
Dolphin excrements could be the key to saving the world’s coral reefs
Spinner dolphins excrements can improve coral reef productivity and resilience
Curiosities
Biofluorescence: How sea creatures glow in the dark
Some ocean animals make their own light to communicate, attract prey, or distract predators.
View All
Ocean Tales