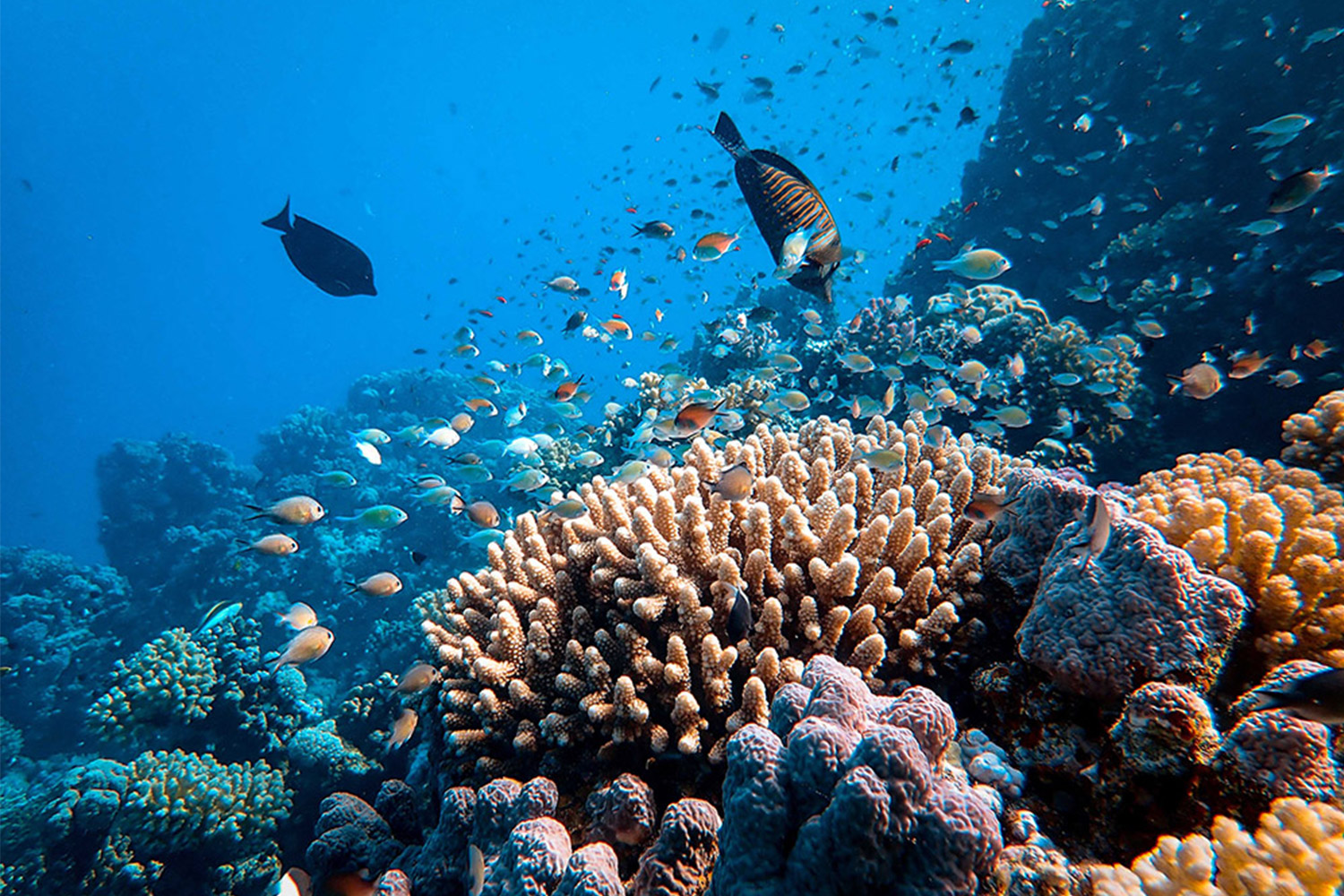 Coral reefs heavily support the economic, social and cultural services of the countries in which they exist and often account for large portions of GDP. Ocean warming has been theleading cause of coral bleaching and a temperature fluctuation of 1°C can induce mass bleaching events.

Especially tropical corals, which are some of the worlds most productive systems are thermally sensitive, meaning that small changes in temperature can have significant impacts on the the symbiotic relationship between the coral and the zooxanthellae, a type of photosynthetic marine algae, that supplies the coral with a steady food supply and their vibrant colors.

When corals experience thermal stress their physiological response mechanism is to expel the symbiont from their skeleton, leaving a bare white structure behind that is unable to survive without its partner if higher temperatures are sustained.

While coral bleaching is occurring predominantly in the tropics, acidification has impacted coral reefs more heavily in the high latitudes, leading to increasing global coral mortality. Coral reefs support biodiversity by providing habitat for more than 25% of marine species and a decline of coral reefs globally is estimated to reach costs of $1 trillion each year by 2100.